We see the new Macbeth film in Perpignan

Three great discoveries today - a bus, a cinema and a film! First up, the 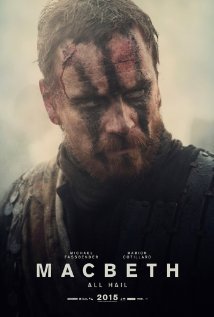 340 bus route which we grabbed a flyer for at Le Boulou Tourist Information Centre. It advertised a 1€ per person each way fare and, although I admit to being somewhat sceptical, that's exactly what we got. Newish and clean coach-style buses, hardly late, and each 1€ fare allows two hours' travel along the route from Arles-sur-Tech to Perpignan. Perpignan is only half an hour from St Jean Pla De Corts so we are already planning to use this bus again for further visits and also, possibly, to get to some Amelie-Les-Bains walks. It's cheaper than paying for car parking and certainly easier.

Second discovery, for which Dave can take full credit, is the Cinema Castillet in Perpignan. A bit like Hailsham Pavilion in the foyer as the ticket queue was stretching out the door and there was only one man at the till, but good facilities inside including large comfortable seats that were surprisingly upright compared with UK versions. I think six different screens had 'seances' today, all starting at 2pm and all with different films. Cinema Castillet shows lots of films in their original language with subtitles and our choice was the new Macbeth. Several other films were tempting too, but their original language wasn't English so we would have been reliant on French subtitles to prop up our (non-existent) Dutch, Icelandic, ... !

So what did we think of Macbeth? I loved its look and we were both gripped by its realism. The first battle scene is superb with inspired use of slow motion and still shots. Marion Cotillard and Michael Fassbender are both perfectly cast, each bringing a new freshness and interpretation to even the most familiar lines of dialogue. The new interpretation of Birnam Wood coming to Dunsinane is brilliant and provides amazing visuals and Lady Macbeth's damned spot speech was very moving. I liked how the witches were presented too. Many scenes are filtered through colours - red, blue and yellow - which gives the whole work an art house feel, but the outdoor scenes are unlikely to encourage much tourism. That is one bleak landscape! Perhaps the accents could have been more consistently Scottish across all the characters and Dave complained that too much of the dialogue was unclear, however overall we were both very impressed.
Posted by Stephanie Jane at 18:06