We've had a good Christmas week here in Denia. Last Sunday, Christmas Eve, we hiked to the Cova de l'Aigua to see the Roman inscription and the fabulous views. Then on Christmas Day we went into Denia for a sunny stroll around the marina followed by a mojito (for Dave) and a small beer (for me) in this pretty plaza. I had spotted the cocktail-serving bars here on an earlier expedition and we were delighted they were open for Christmas morning. Dave's last sunny Christmas Day mojito was three years ago in Torrevieja!

Friday saw us on rather more of a hike than we had planned. We wanted to walk from Denia to Xabia for lunch and then back, with a stop at the Unfinished Village en route. We succeeded on all counts and I will blog photos from the Village in a few days. It's a bizarre place! We were shattered by the time we got back to Bailey at the end of the day though. Our proposed four-ish hour hike actually ended up being six hours of walking!

We don't have anything in particular planned for tonight, especially as we need clear-ish heads tomorrow for taking town our awning and generally getting packed away. We're back on the road on Tuesday heading further south to Mazarron. So in the meantime, here are a trio of art and sculpture photos from around Denia: 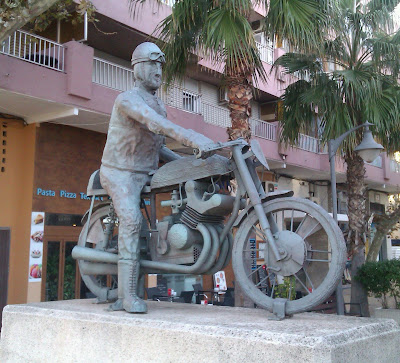 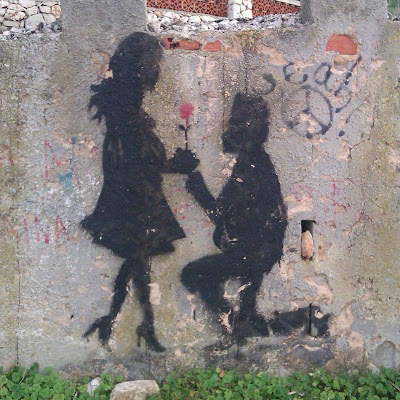 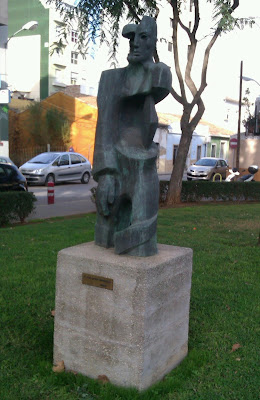