This month we are going to Mexico!
I gave 5 star reviews to three of these novels, and 4 stars to the other two so you can tell it's a fab quintet. Enjoy! 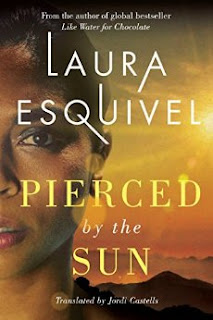 Pierced By The Sun by Laura Esquivel

'Lupita’s hard-knock life has gotten the better of her time and time again. A childhood robbed of innocence set off a chain of events that she still has not managed to control, no matter how hard she tries. Every time she thinks she has a handle on things, unexpected turns make her question everything, including herself.
When Lupita witnesses the murder of a local politician whom she greatly admires, the ghosts of her past resurface as she tries to cope with the present. She quickly falls back into her old self-destructive habits and becomes a target of Mexico’s corrupt political machine. As the powers that be kick into high gear to ensure the truth remains hidden, Lupita finds solace in the purity of indigenous traditions. While she learns how to live simply, like her ancestors, she comes to understand herself and rediscovers light within a dark life. And if there is hope for Lupita’s redemption, perhaps there is hope for Mexico.' 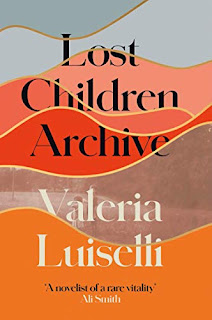 Suppose you and Pa were gone, and we were lost. What would happen then?


A family in New York packs the car and sets out on a road trip. A mother, a father, a boy and a girl, they head south west, to the Apacheria, the regions of the US which used to be Mexico. They drive for hours through desert and mountains. They stop at diners when they’re hungry and sleep in motels when it gets dark. The little girl tells surreal knock knock jokes and makes them all laugh. The little boy educates them all and corrects them when they’re wrong. The mother and the father are barely speaking to each other.


Meanwhile, thousands of children are journeying north, travelling to the US border from Central America and Mexico. A grandmother or aunt has packed a backpack for them, putting in a bible, one toy, some clean underwear. They have been met by a coyote: a man who speaks to them roughly and frightens them. They cross a river on rubber tubing and walk for days, saving whatever food and water they can. Then they climb to the top of a train and travel precariously in the open container on top. Not all of them will make it to the border.


In a breath-taking feat of literary virtuosity, Lost Children Archive intertwines these two journeys to create a masterful novel full of echoes and reflections – a moving, powerful, urgent story about what it is to be human in an inhuman world. 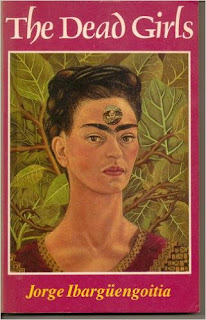 The Dead Girls by Jorge Ibargüengoitia

Opening with a crime of passion after a years-long love affair has soured, The Dead Girls soon plunges into an investigation of something even darker: Serafina Baladro and her sister run a successful brothel business in a small town, so successful that they begin to expand. But when business starts to falter, life in the brothel turns ugly, and slowly, girls start disappearing . . .


Based on real events, the story of serial-killing brothel owners Delfina and María de Jésus González, whose crimes were uncovered in 1964, The Dead Girls is a deliciously satirical black comedy - a potent blend of sex and mayhem. Written in the laconic tones of a police report, it cleverly uncovers the hopeless pedantry of a broken justice system, and the dark world of prostitution. 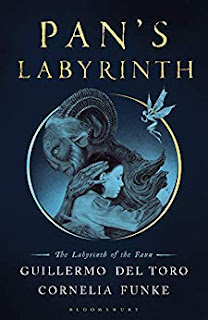 Pan's Labyrinth: The Labyrinth of the Faun by Guillermo del Toro and Cornelia Funke, illustrated by Allen Williams

This enthralling novel, inspired by the 2006 film, illustrates that fantasy is the sharpest tool to explore the terrors and miracles of the human heart.


In fairy tales, there are men and there are wolves, there are beasts and dead parents, there are girls and forests. Ofelia knows all this, like any young woman with a head full of stories. And she sees right away what the Capitán is, in his immaculate uniform, boots and gloves, smiling: a wolf.


But nothing can prepare her for the fevered reality of the Capitán's eerie house, in the midst of a dense forest which conceals many things: half-remembered stories of lost babies; renegade resistance fighters hiding from the army; a labyrinth; beasts and fairies. There is no one to keep Ofelia safe as the labyrinth beckons her into her own story, where the monstrous and the human are inextricable, where myths pulse with living blood ... 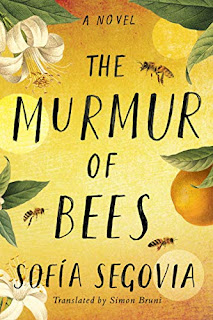 The Murmur Of Bees by Sofia Segovia

From a beguiling voice in Mexican fiction comes an astonishing novel—her first to be translated into English—about a mysterious child with the power to change a family’s history in a country on the verge of revolution.


From the day that old Nana Reja found a baby abandoned under a bridge, the life of a small Mexican town forever changed. Disfigured and covered in a blanket of bees, little Simonopio is for some locals the stuff of superstition, a child kissed by the devil. But he is welcomed by landowners Francisco and Beatriz Morales, who adopt him and care for him as if he were their own. As he grows up, Simonopio becomes a cause for wonder to the Morales family, because when the uncannily gifted child closes his eyes, he can see what no one else can—visions of all that’s yet to come, both beautiful and dangerous. Followed by his protective swarm of bees and living to deliver his adoptive family from threats—both human and those of nature—Simonopio’s purpose in Linares will, in time, be divined.


Set against the backdrop of the Mexican Revolution and the devastating influenza of 1918, The Murmur of Bees captures both the fate of a country in flux and the destiny of one family that has put their love, faith, and future in the unbelievable.

That's it for October's WorldReads from Mexico. I hope I have tempted you to try reading a book from this country and if you want more suggestions, click through to see all my Literary Flits reviews of Mexican-authored books!

In November I will be highlighting five books by Singaporean authors. See you on the 5th to find out which ones!
Posted by Stephanie Jane at 08:00