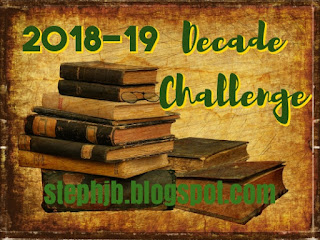 I first found the Decade Challenge idea in the Bookcrossing group on Goodreads. That was five years ago and I don't think it's still really going there anymore. I loved the idea so much though that I have kept renewing my own Decade Challenge each year!

The challenge runs from the 1st September to the 31st August each year.
The idea is to read a book that first published in each decade from 1900 to the current year, so this year that will be 120 years represented by 12 books.

If you want to take part in the Decade Challenge this year, grab the logo up top, make yourself a join up post, give this post and shoutout in your post, and add its link in the Comments here.
Then come back every time you read a Decade Challenge book and Comment your review links too so I'll know to visit :-)

The 2018-19 Decade Challenge starts on the 1st September 2018 and finishes on the 31st August 2019. Any books read between these dates can be counted for the challenge.
Republished books are fine (there's usually quite a few on NetGalley!) but use their First Publication Date for the challenge.
You can join in at any time although, obviously, the later you leave it the tougher the challenge will be!


Here's my previous four years' worth of Decade Challenge books in case you'd like a few suggestions. All links go to my blogged reviews. 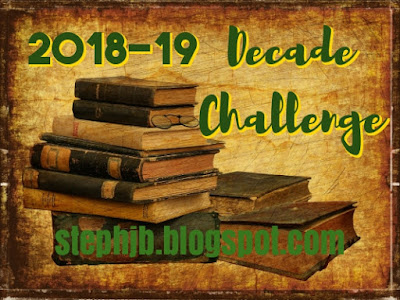