New Year's Eve comes round again! A time to look back and to look forward. This post is a roundup of how I did on my various Reading Challenges last year and which ones I plan to take part in for 2017.


I'm delighted I surpassed my 180 books read within a year for the Goodreads Challenge in 2016 so have set myself the same target for 2017. 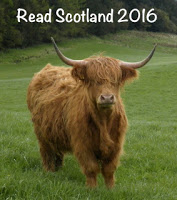 I didn't fare so well in the Read Scotland Challenge 2016 though. My reading focus has changed as I try to find books from as many countries as I can for my WorldReads blog post series. I hoped to read 12 books connected with Scotland but only managed 5 and I think I won't sign up for this challenge again in 2017.
The Scotland connected books I read this year are:


My other challenge for 2016 was the 2016 TBR Pile Reading Challenge hosted by Evie over at Bookish Lifestyle. Of the 20 books I planned to read, I actually managed 8 which I am pretty pleased with as many of them are bricks! I still haven't picked up A Prayer For Owen Meany, The Pilgrim's Progress or The Luminaries!
These are the 8 books I did clear from my TBR list: 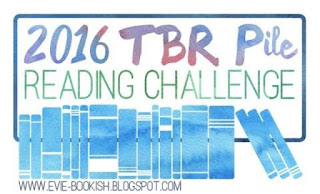 Dracula by Bram Stoker,
Nine Kinds Of Naked by Tony Vigorito,
Istanbul by Orhan Pamuk,
The Bone Clocks by David Mitchell,
While The World Watched by Carolyn Maull McKinstry,
March by Geraldine Brooks,
Courage Has No Color by Tanya Lee Stone,
Imperial Life In The Emerald City by Rajiv Chandrasekaran.


I am partway through the Goodreads Bookcrossing Decade Challenge year which runs from September and doing ok with this one. 9 decades read from and only 1900s, 1930s and 1940s to go. 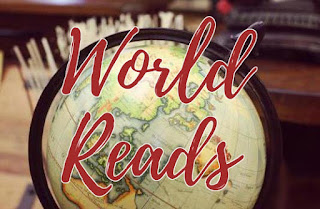 My WorldReads blog post series will continue hopefully throughout 2017. Each month, on the 5th, I blog about five books I have read from a particular country, the intention being to encourage both myself and other readers to try books by authors from around the globe. I know 2017 will start with New Zealand authors on the 5th of January and I am planning to highlight Swedish authors in February. Where else I might 'visit' during the year will depend on what books I find, but I know I have already read four books each from Russia, Turkey, Germany and Israel so these countries will probably be featured too. I've made myself a new WorldReads logo to celebrate! 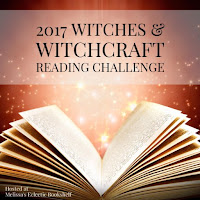 I've been looking at new challenges to try and think the 2017 Witches And Witchcraft Fantasy Challenge looks fun. Lots of witchy fiction is indie authored so this will fit in well with my Literary Flits project to promote indie and small press publications. WWFC is hosted by Melissa's Eclectic Bookshelf. I have signed up at Initiate level with my aim being to read 1-5 witchy themed books this year. Authors who would like me to review their witchy books, get in touch here!


I've set myself two further challenges for 2017. The first is to get more involved with other blogs by commenting on at least one post somewhere every day. I love reading other blogs, but am shy about commenting - which is daft when I consider my verbosity on my own blogs! 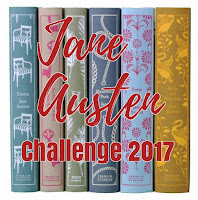 I've also joined the Proud Readers Of Great Stories group on Goodreads. Part of this group's activity will be reading set books at the same time so I guess I have finally joined a book club! One of January's chosen titles is Persuasion by Jane Austen which leads me to confess that I have never actually read a Jane Austen novel. (Yes, I know! Call myself a book worm?) I have, however, just downloaded a copy of Persuasion, have a vintage Mansfield Park bought for me by my sister and Dave's got Pride And Prejudice on his Kindle. So I am going to make 2017 the year of Jane Austen and try to read all six of her novels before next Christmas.